‘How could I doubt that liberty will return, when every morning I wake up to the return of the light?’ Letter to Paul de St-Victor, Guernsey, 10 December 1865. 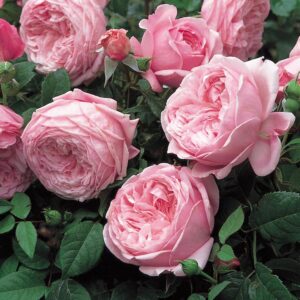 Freedom will save the rest

Victor Hugo was exiled from France in 1851 after he had opposed a coup d’état by Louis-Napoleon, later Napoleon III. He feared for his life and had had to flee in disguise under a false passport, aided by his mistress, Juliette Drouet.  Napoleon III became his nemesis. Hugo refused to return to France in 1859, when an amnesty was offered to the political exiles; he would not return until liberty was restored to his homeland. He was not prepared to give a dictator the oxygen of his apparent support by returning; Hugo’s exile in Guernsey had raised his profile worldwide as a campaigner.

Victor Hugo aspired to and defended freedom in all its forms. He could not tolerate any form of censorship or repression. When his play Marion Delorme was censored in 1829, and Le Roi s’amuse banned in 1832, Hugo refused to accept monetary compensation from the king and sued the Théâtre-Français. As journalists, the freedom of the press was especially dear to the hearts of Hugo and his sons (who were both imprisoned for expressing their beliefs); they were particularly impressed by the liberal attitude to freedom of expression in the Channel Islands,which his son Charles Hugo described as a ‘strange fruit not often found growing’.

Victor Hugo disapproved of the insurrection of 1848 but protested at its bloody suppression. Similarly, although he recognised that the Paris Communards themselves had been violent and cruel, he was vilified and attacked when he complained about the government’s excessive violence towards them in 1871. As a result he was forced out of France once again. His support for nationalism is well known: he particularly admired Garibaldi, with whom he corresponded and for whom he kept the bed in his Oak Gallery in Hauteville House at the ready, should Garibaldi be banished from Italy and need an appropriate place to stay. From Guernsey Hugo encouraged the Mexicans in their fight against the French, and supported the Serbs in their fight for independence. He fought for the rights of women because he believed in the rights of man. He thought that creating a United States of Europe would bring about lasting peace.

For Hugo, the Franco-Prussian War had been ‘the war to end all wars.’ Before he left Guernsey in 1870 he had planted an acorn in his garden, in the company of his little grandchildren, to represent his ambition for a United States of Europe; this iconic oak tree still grows there.

This shrub rose was bred in England, and coincidentally was launched in 2002, the year of the bicentenary of Victor Hugo’s birth.  It has large, very full, deeply cupped flowers of soft glowing pink, gradually turning lilac-pink over time, complementing the greyish-green foliage. They have a pleasing fragrance with a hint of myrrh.

‘Spirit of Freedom’ (Ausbite) was obtained from David Austin Roses in England.