WHO WAS JULIETTE DROUET (PART 2) 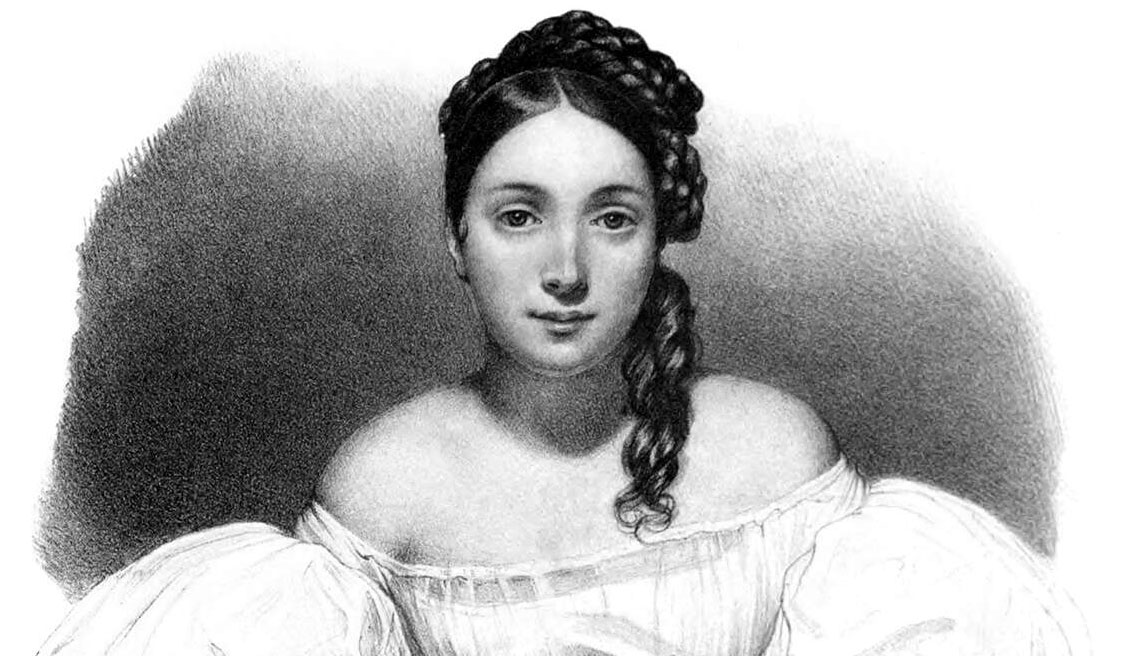 Posted at 14:00h in Resources by admin

In 1825, at the age of 19, Juliette’s taste for independence, fiery temper, and impulsive nature found her amongst the painters and poets, models, actresses, dames of high degree, politicians and other members of high society at the Rue de l’Abbaye, studio and drawing room of the flamboyant and vain sculptor, James Pradier. Dressed outrageously in high boots, purple velvet jacket and matching trousers with his gigantic Scotch greyhound by his side, Pradier received his guests into his studio and, as they conversed, he impressed them with his sculpting skill. Drawn in by the charm of this artist and grand viveur, Juliette offered to model for Pradier. The combination of her youth, beauty, and willingness proved irresistible the sculptor and soon she was ensconced not only as model but lover. Within a year, Juliette gave birth to Pradier’s child, a girl they named Claire Pradier.

James Pradier may not have achieved the success he would have hoped and could not afford the lifestyle he desired but he was not without social standing. As an ex-Prix de Rome, Chevalier de la Légion d’Honneur, Membre de l’Institut, Professeur de l’École des Beaux-Arts, marriage to his model was unthinkable. Pradier’s solution to the problem was to send Juliette to Brussels to train for a career on the stage. Whilst he provided scores of letters of encouragement, her failed to provide financial support and to this end, Juliette struggled. Eventually, she made her first appearance in Brussels on 17 February 1829. When a group of French actors, including her director and mentor, Félix Harel, decided to return to France, Juliette, missing her daughter and Pradier, joined them. In France, she continued her stage career and, on February 27th, 1830, she made her French début.

Although never a leading lady, for the next few years, Juliette led the exciting and highly social life of a theatrical star. Her beauty made her popular with the gentlemen and her sense of style and penchant for clothes gained a certain renown. She earned a modest living and enjoyed travelling and maintained a public presence. When Juliette met Victor Hugo he was deeply depressed having discovered the love affair between his wife and his best friend. For Hugo, his wife’s betrayal exacerbated her faults. Although reasonable in appearance, Madame Hugo’s was careless with her dress and possessed neither taste or an eye for fashion. Limited in intelligence and woefully absent-minded, she had no appreciation for culture and was oblivious of Hugo’s genius and viewed in achievements purely in terms of their financial value.

Betrayed by love and friendship, tied to an unintelligent, uncultured, and dowdy wife, the carefree and beautiful Juliette must have seemed a brilliant star against the dark backdrop of Hugo’s crumbled personal life.